There are major cognitive advantages to a hands-on, concept-based science curriculum (see below). As we’ll see, experiential, logically sequenced learning utilizes the brain’s learning process as described in the Information Processing Model in ways that the textbook and lecture-based approaches of the past fail to do. 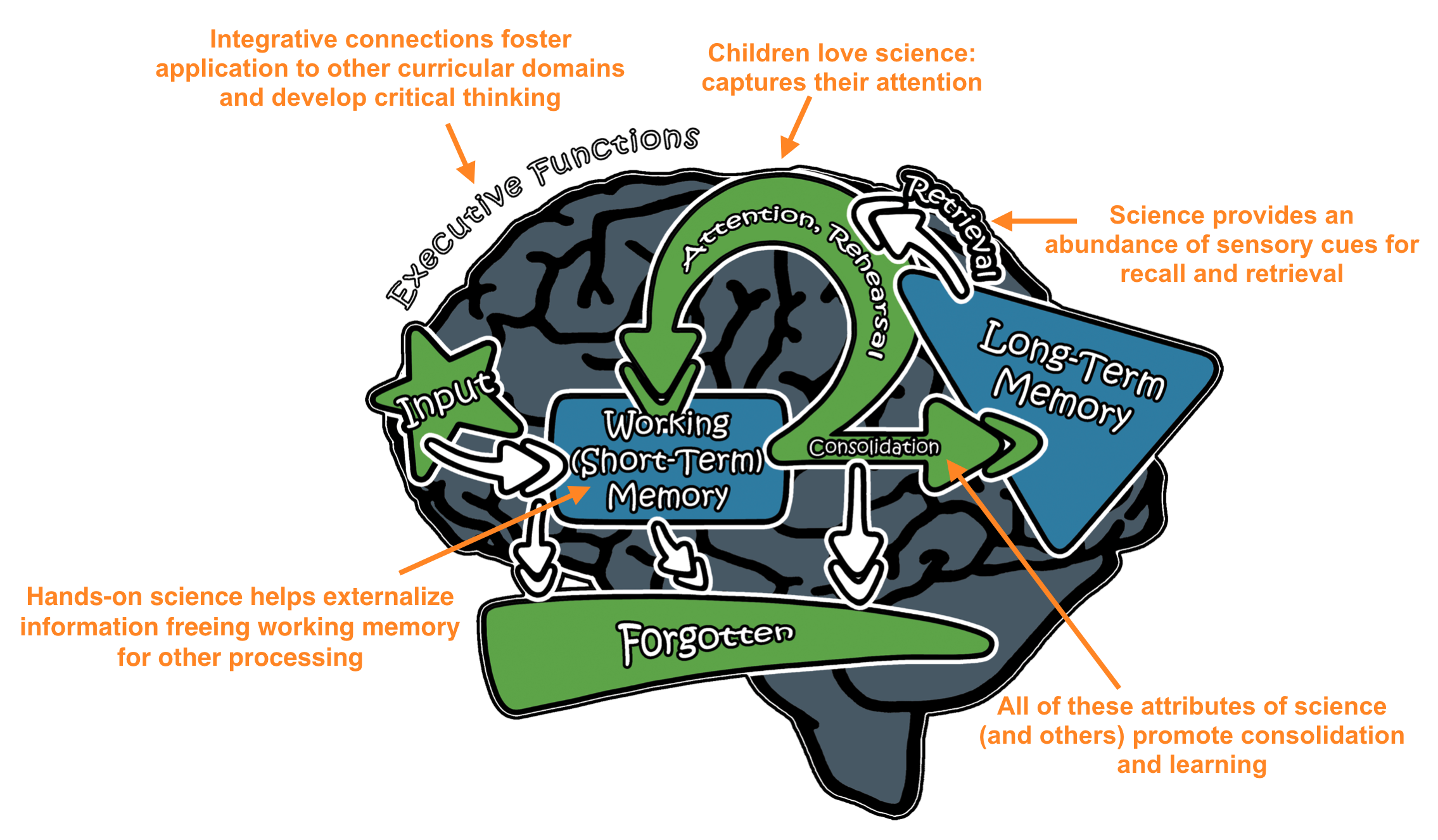 When we activate children’s innate curiosity about the world around them, it powers one of the most important components of the Information Processing Model; namely it helps capture and hold attention. Absolutely nothing new can be learned if it is not attended to. The novel and sometimes surprising aspects of hands-on science experiences cause students to pay attention by appealing to brain components of what we call the limbic system shown below: 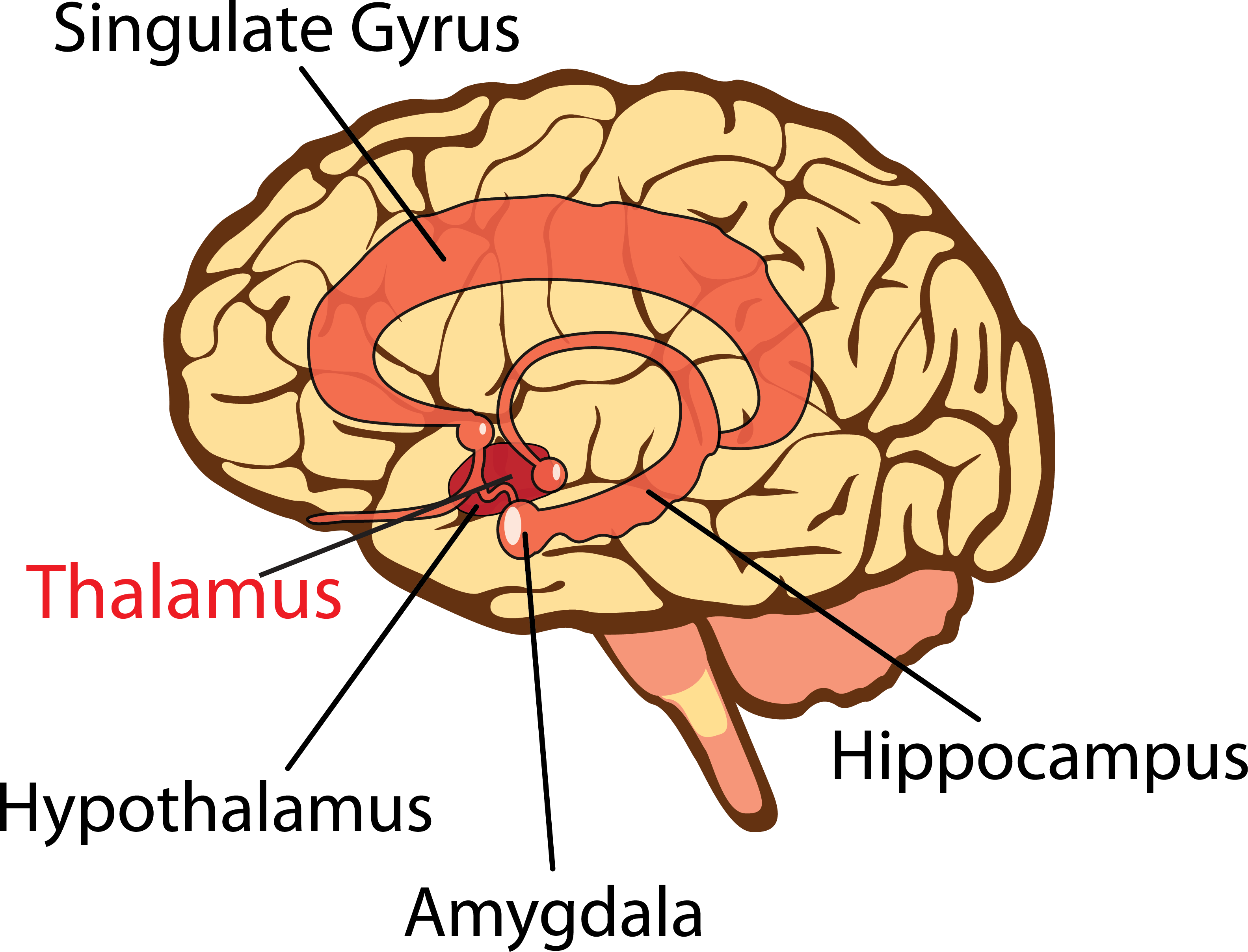 The limbic system lies deeper in the brain, nestled between the two cerebral hemispheres, and contains important brain structures such as the amygdala, hippocampus, and thalamus. Interestingly, these structures are not only associated with attention, they are also thought to be a major component of the brain’s emotional and motivational functions. If you sit in your favorite chair in the evening, perhaps watching television in a dimly lit room, and out the corner of your eye you vaguely perceive the movement of a dark object on the floor along a wall, it is your limbic system that is activated. It causes you to switch attention from the TV and turn to where you detected the movement. Could it be a mouse? Or a large spider? Until these questions are resolved, it is difficult to focus on your show. Your attention has been captured. 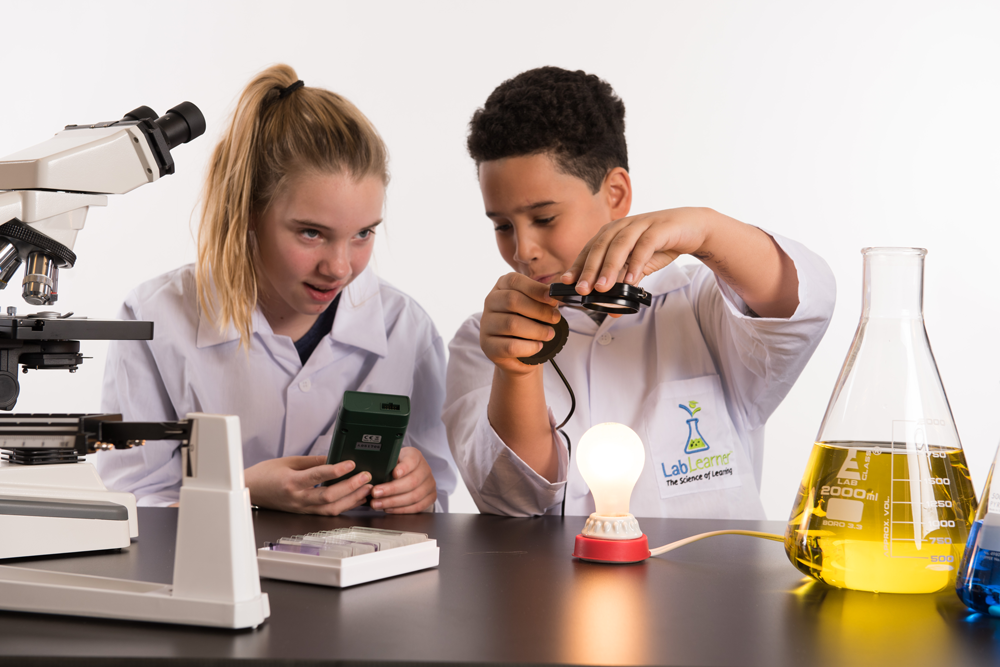 In a similar fashion, unexpected and “cool” things that occur in a hands-on science education experience can trigger limbic structures and cause students’ attention to be riveted on what they are witnessing and learning. What a wonderful tool for science educators! Successful science teaching captures students’ attention through the limbic system with hands-on activities and then poses questions that necessitate information processing while their attention and interest is piqued. STEM education is therefore capable of activating and sharpening large components of the brain involved in learning.

Hands-on science instruction also promotes integrative connections to other curricular domains. Relating seemingly disparate concepts across academic domains is largely a task of executive functions. By doing so, deeper meaning can be ascribed to new information. The meaning, or context, of the new information can then be incorporated in information processing and ultimately consolidation. Further, once committed to long-term memory, any or all of the connections involved in processing and consolidation can later be used as cues for recalling the information from long-term memory. In all, the cognitive power of hands-on, concept-based science education is exceptional.

Interesting Facts About The Human Brain

Hominids were pre-human primates. They no longer exist. Their brains were already much more capable of thought and planning than that of the other creatures who shared the African plains. Nonetheless, it took much, much more continued brain growth and evolution before arriving at the modern organ that we have now, some 3 million years later. 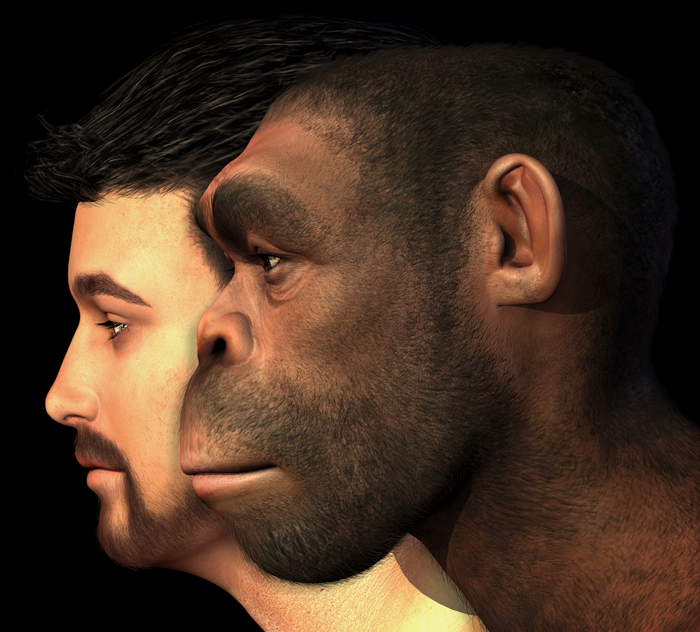 The Homo sapiens (modern humans) brain weighs about 1,400 grams (about 3 pounds). That is approximately 2% of body weight. Yet the brain consumes nearly 20% of total body oxygen. Oxygen consumption is associated with cellular energy demand. Therefore, our brains must be quite busy doing something!

What do our brains do with all this energy? Unlike muscle, the brain does not use energy to contract and move. The brain contains no muscle tissue other than that associated with the blood vessels that feed it. The brain rests motionless, bathed in a fluid, and cradled within our skulls. It invests no energy in movement. Where is all the energy going?

The brain processes information. That is, it takes in information, interacts with it, and then produces an output. There are various forms of information that may be input to the brain, as well as many different forms of output from the brain. But in all cases, the brain takes in information, processes it, and then does something with it.  Whether input is as simple as an environmental occurrence, such as a sound, for example, or as complex as concentrating on a lecture, solving a math problem, or writing a poem, all the brain can do is receive, process, and output information. 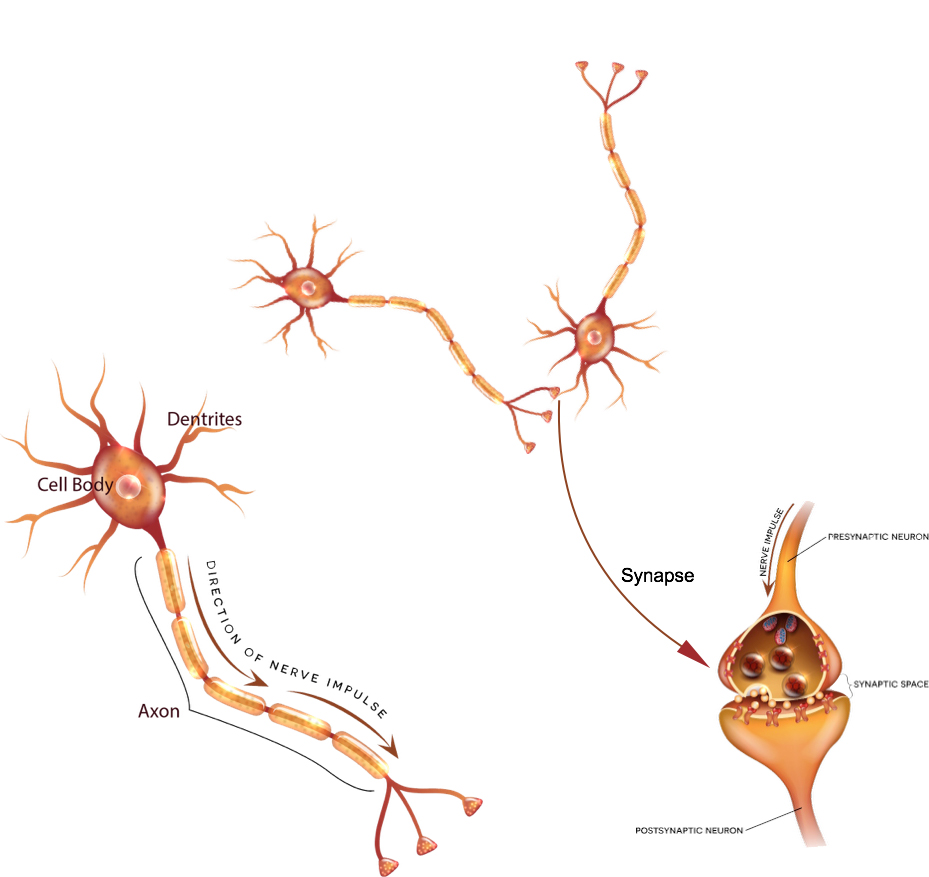 Processing information takes energy, lots of energy. That is why, for its size, the brain consumes so much oxygen. Electrical and chemical networks follow countless neural cell tracks through brain tissue, reaching from cell to cell and from one area of the brain to another. Much of the neural network and the connections between its brain cells are inherited through genetics. Patterns of cell associations that give way to the most basic of biological processes, like control of blood pressure, maintaining balance, breathing, and regulating hormone levels, are particularly hereditary in nature and date back well before our ancestral Hominids evolved.

While much of the massive neural network is similar in all humans, some portions differ significantly from individual to individual. This is because everything we learn and all of our memories are established  though the formation of contacts between brain cells called neurons. The formation of these connections, called synapses (singular; synapse), requires activation of genes, protein synthesis, and energy. The vast array of such permanent connections physically change the cell patterns within the neural network in an intensely complex manner. Billions of cells make countless synapses with each other. The diversity in the patterns of synapse formation in our brain is limitless. As we go through life, the connections between our brain cells increase and change as we experience the world. No two human brains are identical. That is why no two non-sibling humans can close their eyes, think of their mothers, and envision the same face.